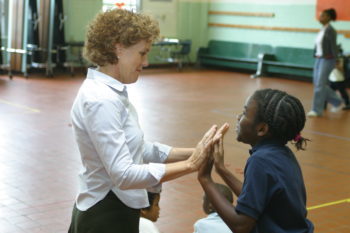 At 40, Ginny Deerin was recognized as a successful woman. She had lots of friends, a son at Harvard, a smart, beautiful baby girl, and five brothers and sisters she adored. In South Carolina, she had helped to elect a mayor, a U.S. senator, and a governor. She’d risen to the top of the highly regarded Rawle Murdy marketing firm by helping businesses flourish.

But her perspective suddenly shifted when she attended a women’s leadership conference and heard the spellbinding Johnnetta Cole, then president of Atlanta’s Spelman College, give the keynote address. Cole spoke about how girls and women shut themselves up in small birdcages.

“She warned that if we couldn’t envision ourselves soaring beyond the cage – we never would. The door was open. It’s up to us to fly,” Ginny says.

“I realized I had lived my life as the consummate Number 2 person, limiting my possibilities. I told candidates for political office, ‘You run, I’ll run your campaign.’ I worked behind the scenes on community action projects, rather than take the lead. The cage was open, but I was staying put.”

Ginny began thinking about making some changes in her life. Through counseling, she began to realize that some of the skills she was learning with the help of psychologists and psychiatrists were transformational. “It was eye-opening. I realized there was a set of really important skills that I had never learned – and, boy, would I have lived my life differently if I didn’t have to wait until my forties to learn them!”

Among these skills and insights were the need for empathy, the recognition that others’ needs may differ from our own, the ability to communicate constructively and listen carefully. “While I was becoming more self-aware and learning these skills, I noticed that I was not alone – many people lacked the same skills,” Ginny says.

While attending a workshop in California, she was assigned a reading of the inaugural address of the courageous South African leader Nelson Mandela. Two of his points hit home: “Who are you serving by living ‘small’ in the world?” and “We are all given gifts – who are you not to use yours?”

It was then that Ginny made a commitment to devote her life to making sure that kids learned these skills before they became teenagers. On a yellow legal pad she scribbled a list of the vital skills, using layman’s words, and wrote up a mission statement for WINGS: “By the time that kids are teenagers, they’ll know how to live joyfully, powerfully and responsibly.” Her mission would be to teach this list – and help kids soar. 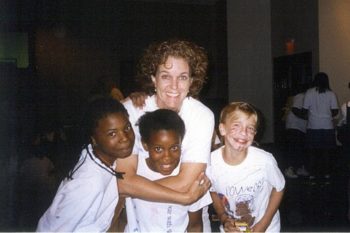 Flying home from Los Angeles, she happened to see on a newsstand a copy of Time magazine featuring on the cover Daniel Goleman, who had just written the book, Emotional Intelligence. Inside she found a list that matched the one she’d sketched on the legal pad, enumerating the set of skills of an emotionally intelligent individual.

And so, in 1996, after consulting experts in the field and designing a curriculum, Ginny launched a summer camp to develop social and emotional intelligence. Word spread, and the superintendent of schools asked her to use the WINGS model to open an afterschool program in downtown Charleston.

That program to give kids a comprehensive social and emotional education was the start of the WINGS learning laboratory at Memminger School of Global Studies. In the years since then, the program has evolved and grown, as WINGS continues to develop and test strategies, practices and materials.

What has never changed is the vision – to instill those missing life lessons within a fresh and fun after school program so that kids can live joyfully, powerfully and responsibly.

Ginny served as CEO until 2010. She remains actively involved with WINGS.

Bridget has been with WINGS since 1998 working alongside WINGS’ spirited founder, Ginny Deerin. Through the years, Bridget has helped to develop all aspects of the organization, from program/curriculum development to spearheading grant and research applications to growth strategies, replication, and scaling. During this time, she and our founder were leading the charge in bringing social and emotional skill development to kids in elementary schools and working toward efforts to bring SEL to the forefront of education today. Bridget took over as CEO in January 2011. Since her tenure, WINGS expanded to Atlanta, GA, Charlotte, NC, and Columbia, SC – increasing the number of kids served by more than 300%. Most recently, Bridget developed a nationwide partnership with the global leader in standards-based digital learning content for K-12 classrooms worldwide, Discovery Education. This new initiative – Soar with Wings – reaches thousands of students across America.

Bridget is a member of the 2015 Liberty Fellowship class and a Leap of Reason Ambassador. She also serves as a member of the Turning Leaf Project’s Board of Directors, PURE Theater, and is Board Chair of The Altruity Foundation. Bridget has an undergraduate degree in Parks and Recreation from North Carolina State University – where she was a 4-year starter and Captain for NC State’s Women’s Soccer Team – and a master’s degree in Education, with a concentration in School-age Development from Concordia University in St. Paul, MN.

Jolie joined WINGS in 2016. She is the former CEO of the non-profit Darkness to Light and brings experience in fundraising, partnership development, and grants management to the position. While at the helm of Darkness to Light, a non-profit working to prevent child sexual abuse, Jolie led the development and business strategy, growing the organization’s revenue by 44%. Jolie is a graduate of Converse College in Spartanburg, South Carolina and has a graduate certificate in Organizational Psychology from The Chicago School of Professional Psychology. 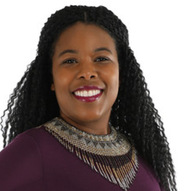 Cheryl started with WINGS in 2003 as a WINGS Leader for three years while in college. After teaching in Atlanta, she returned to WINGS as Program Coordinator in 2010. Since then, Cheryl has continuously moved up in WINGS, from Director of Programs to Chief Program Officer. She brings a wealth of experience in child assessment, curriculum design, program operations, training, and coaching. She has an undergraduate degree from the College of Charleston and a certification in Early Childhood Education Administration from Dekalb Technical College. She is a Charleston Regional Business Journal “40 Under 40” winner and has a loyal WINGS alumni fan club.

Since 2011 she has spearheaded WINGS’ expansion efforts across the southeast with the CEO, and worked alongside the senior team to ensure the WINGS model is replicated with fidelity and quality. She evaluates current and future growth opportunities for WINGS and develops partner relationships and projects. Julia’s experiences range from nonprofit to small business industries and include work as a federal government attorney. She has an undergraduate degree from the University of Maryland Baltimore County and a J.D. from the University of Maryland School of Law.

Nicole has been with WINGS since 2002 creating, implementing, evaluating and delivering the Wings for Kids curriculum. Before WINGS, she counseled youth and their families during two years at the South Carolina Department of Mental Health and has a juvenile justice degree from Shippensburg University. In addition to working tirelessly for WINGS, Nicole is invested in the schools in which the programs operate, serving on several committees and school improvement councils. In 2009 she was recognized as a promising leader on the “Forty under 40” list in the Charleston Regional Business Journal. She anxiously looks forward to the day WINGS flies to her hometown, Philadelphia!

Our History in Pictures