Our Story: A spark of inspiration, undying passion, and whole lot of hard work.

WINGS came into the picture in 1996, before many people were using—or had even heard of—the term “social emotional learning.”  As we started our work, we encountered plenty of skepticism about the value of social emotional skills. A foundation once returned a proposal to us with their response written in red ink: “Who cares how children feel if they can’t read or write?!” We’ve come a long way since those early days, and thankfully for children all over the country, social emotional learning is recognized, valued, and supported by ever-expanding research as an important contributor to behavioral improvements, academic achievement, and overall factors of long-term success.

In 1995, WINGS founder Ginny Deerin attended a women’s leadership conference and heard Johnetta Cole, then president of Atlanta’s Spelman College, give a keynote address where she spoke about how girls and women often keep themselves locked up in small birdcages. Ginny recalls Dr. Cole urging the audience to envision themselves soaring beyond the cage—“the door is open, it’s up to you to fly.” During this same time, Ginny began recognizing a set of skills like empathy, individuality, and communication that could have guided her life differently if she had learned them early on. It was then that Ginny made a commitment to helping kids learn these important skills. On a yellow legal pad she scribbled a list of the vital skills, using layman’s words, and crafted a mission for what she wanted to achieve: “By the time that children are teenagers, they will know how to live joyfully, powerfully, and responsibly.” Flying home from the conference, she happened upon a copy of TIME Magazine featuring Daniel Goleman on the cover and feature story on his book, Emotional Intelligence. In that article Ginny found a list that nearly matched perfectly the one she’d sketched on the legal pad, enumerating the skills of an emotionally intelligent individual. But it was the Emily Dickinson poem “‘Hope’ is the thing with feathers” that pulled all of these moments together, inspired our name, and distilled Ginny’s vision—to help children soar with WINGS.

In 1996, after consulting educational experts and developing a set of preliminary learning objectives, we launched a one-week summer camp—WINGS for Girls—designed to help young girls between the ages of eight and 12 years old develop their emotional and social intelligence, including identifying feelings, introspection, self-acceptance, handling stress and releasing tension, personal decision-making, communicating with others, and conflict resolution. Similar to WINGS today, the camp model of one counselor per each small group of girls allowed developing relationships and establishing positive bonds to take center stage. More than 100 girls from diverse backgrounds participated.

We quickly realized that one week of camp—even with intentional follow-up—wasn’t enough time for us or the girls. Not only that, young boys needed all of the lessons and connections we were instilling in WINGS girls. When summer ended we were presented with an opportunity to turn the WINGS camp model into an afterschool program at a school in Charleston, SC and the WINGS Afterschool program was launched!

Located in downtown Charleston, Memminger Elementary School was a failing Title I school where 95% of students received free or reduced-price meals. Memminger scored 96.11 out of 100 on the State of South Carolina’s Poverty Index, placing it in the bottom 11% of all schools in the state. What became glaringly obvious from our initial year at Memminger was the lack of opportunities available for low-income kids: the absence of enriching after school activities, the inadequate support from school and home, and the need for positive role models.

In that first year, we witnessed the powerful role college students could play as mentors in the lives of WINGS children. The children we worked with often lacked adults in their lives who served as role models of healthy and positive relationships and most didn’t know anyone, other than the teachers at school, who had gone to college. Bridget Laird, now CEO of WINGS, started as a counselor at the Memminger program. One of her most poignant memories from those early days was one of the children’s reaction to the news that she was getting married: “Ms. Bridget, I’m glad you’re getting married, but now you’re going to come to WINGS with black eyes and bruises all over you.” All he knew of marriage was from the abusive relationships surrounding him. He hadn’t been exposed to a relationship based on love, support, and trust.

It was moments like these at Memminger that instilled in us the awesome responsibility to focus exclusively on low-income kids and the audacious goal to change the trajectory of their lives. We aren’t just providing care after school and we aren’t just teaching “soft skills.” We are teaching skills that can radically change how they relate to others and behave in school. We are providing inspiration to do well in school and stay in school. We are instilling in them a belief in possibilities – that they can be anything they want to be. We are giving them hope for a bright future. We are showing them that the birdcage door is open and they can fly. We are teaching them that they have wings to SOAR!

In the years since, the program has evolved and grown. We continue to develop and test strategies, hone teaching practices, and create new materials. What has never changed is our desire to instill important life lessons within a fresh and fun program so kids can live joyfully, powerfully, and responsibly. With an unwavering commitment to outcomes, we have been deliberate and methodical, growing slowly.  Along the way, we became an AmeriCorps program, an Edna McConnell Clark Foundation grantee, the recipient of multi-year NoVo grants, a Wallace Foundation grantee, a Susan Crown Exchange grantee, and the subject of a 4-year randomized control trial conducted by the University of Virginia and funded by the U.S. Dept. of Education’s Institute of Education Sciences.

Today we transform the lives of children in low-income communities through WINGS Afterschool programs in Atlanta, Georgia and across South Carolina –and we’re spreading WINGS through a growing network of national partners.

Scroll Through our Memorable Moments 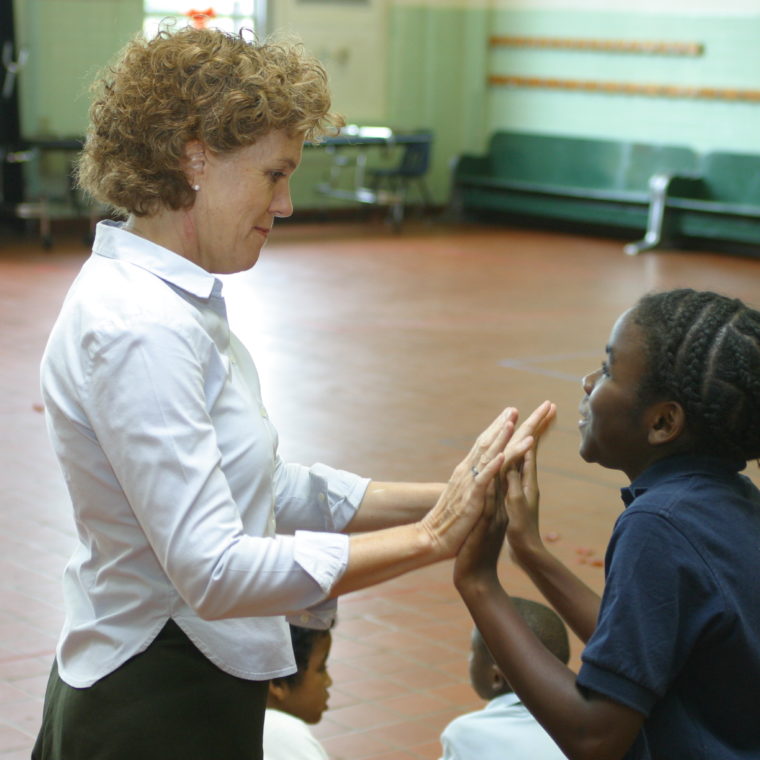 Dec 1, 1996 | WINGS Founded by Ginny Deerin. Her vision: By the time that kids are teenagers, they'll know how to live powerfully, joyfully, responsibly. 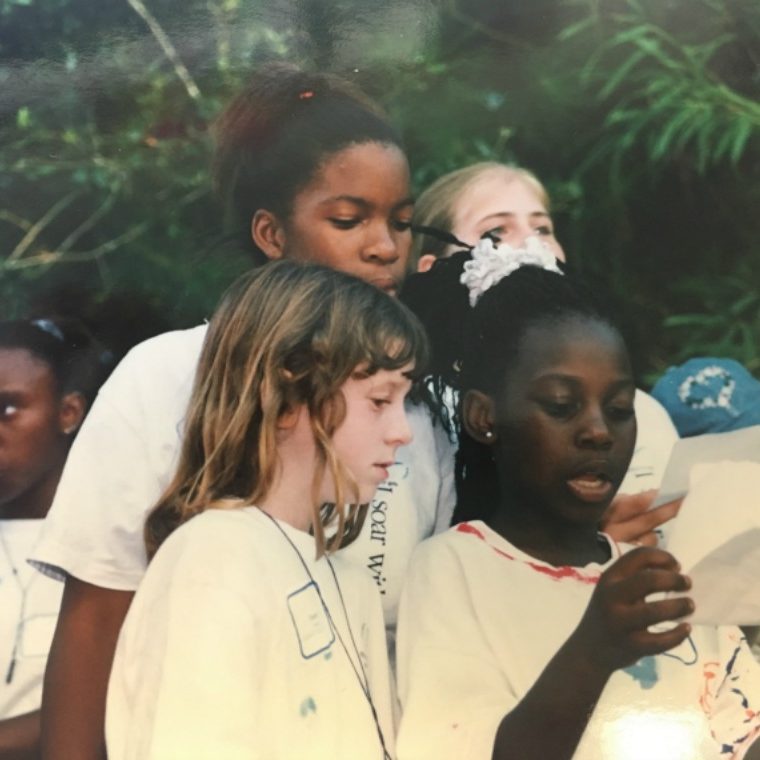 Jan 1, 1997 | Summer Camp Model Developed: Kids attend summer camp for a week at a time, with monthly "refreshers" to practice and build on the skills they learn. 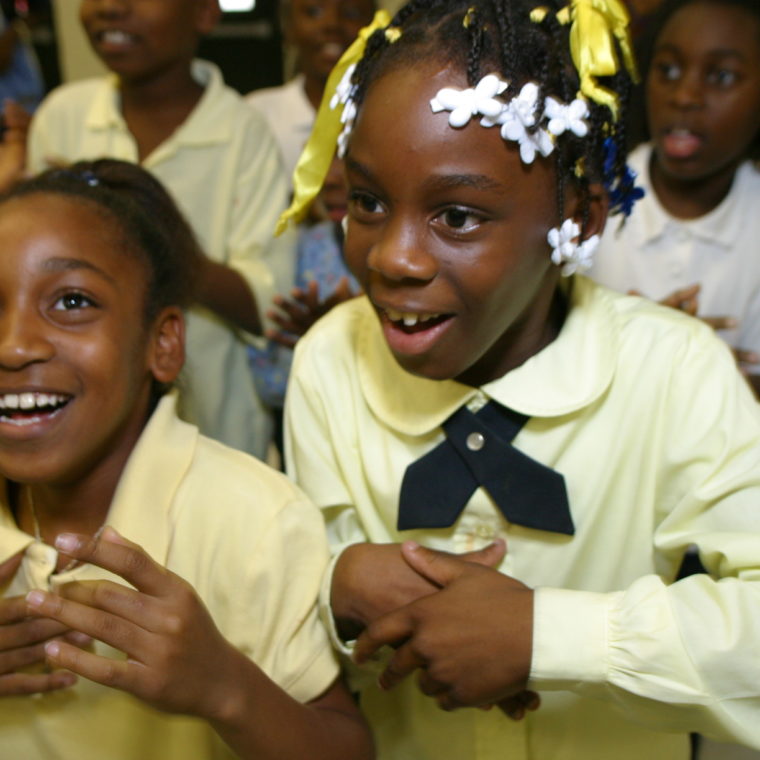 May 1, 2000 | Developed Afterschool Program at Memminger Elementary School: Carefully designed curriculum of social and emotional learning is integrated into after school activities that kids find fun and stimulating. 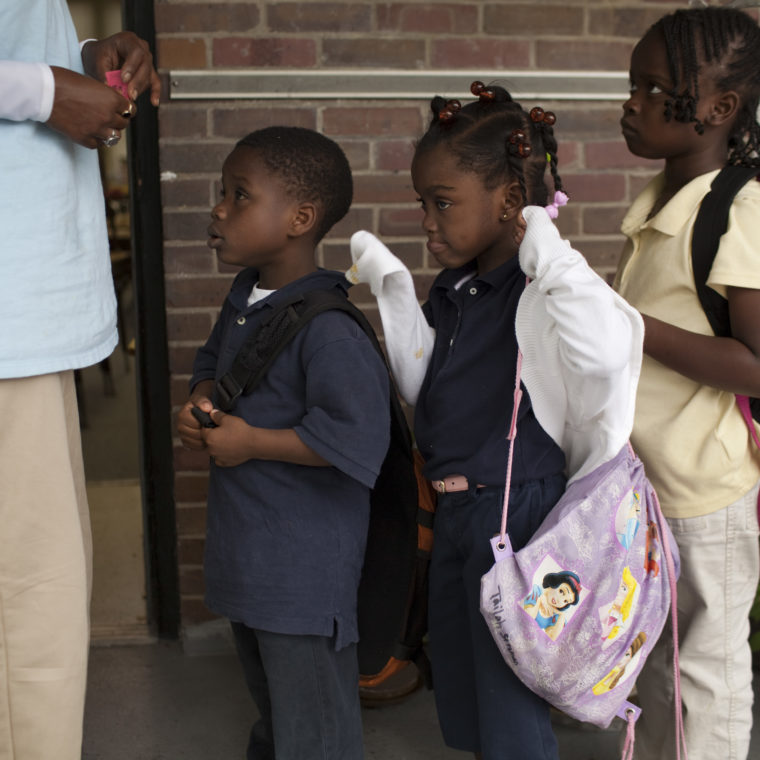 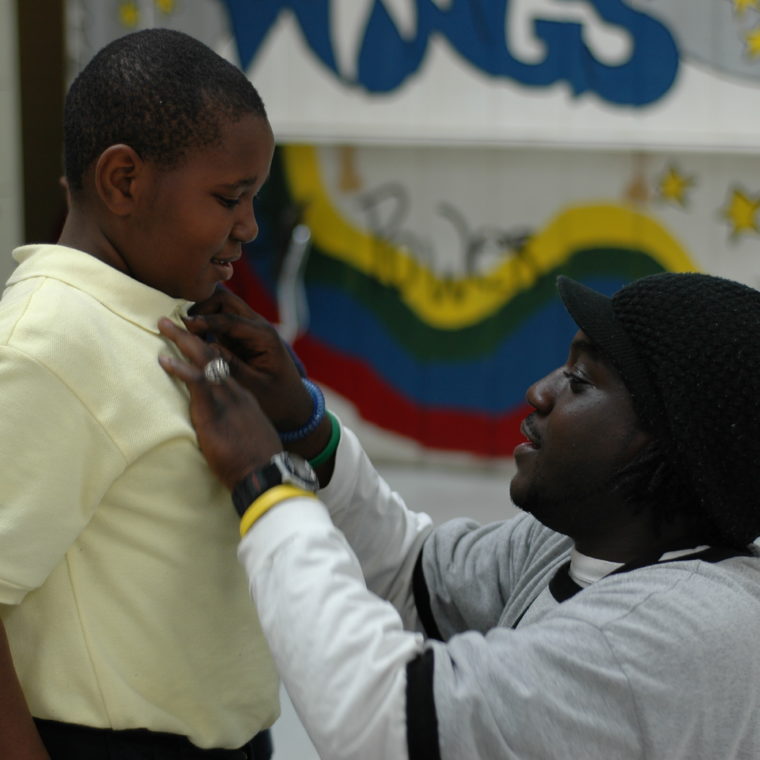 Aug 1, 2006 | Field Testing at 8 Programs Not Operated by WINGS: WINGS runs Developmental Partnerships at 8 schools in Charleston and Washington, D.C. acquiring important lessons on how to replicate effectively. 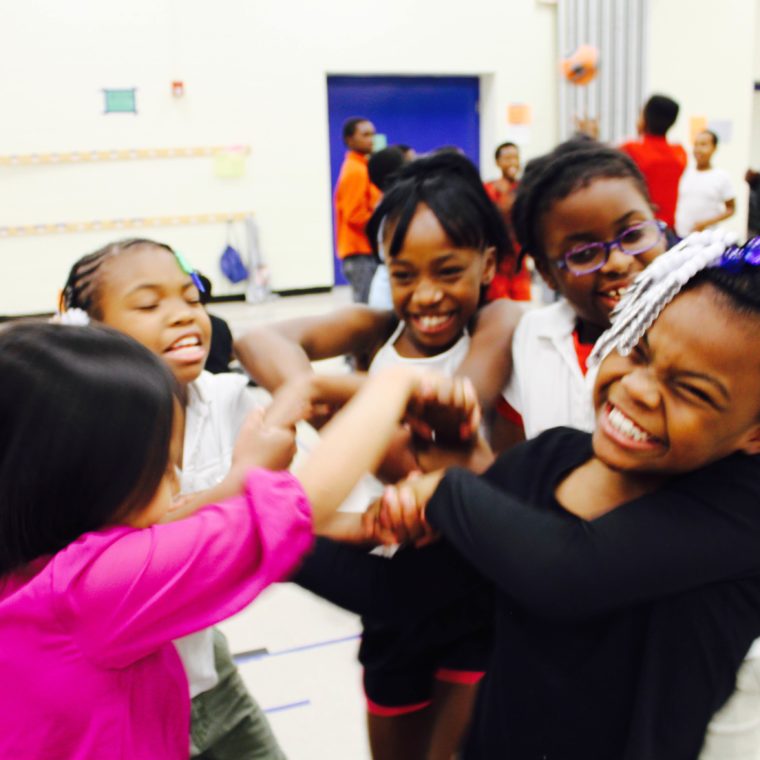 May 1, 2008 | Flight Plan Launched: After raising a half million dollars in less than 3 months, WINGS takes the first steps in our ambitious 5-year plan that builds organizational capacity so that we expand programming without sacrificing quality and effectiveness. 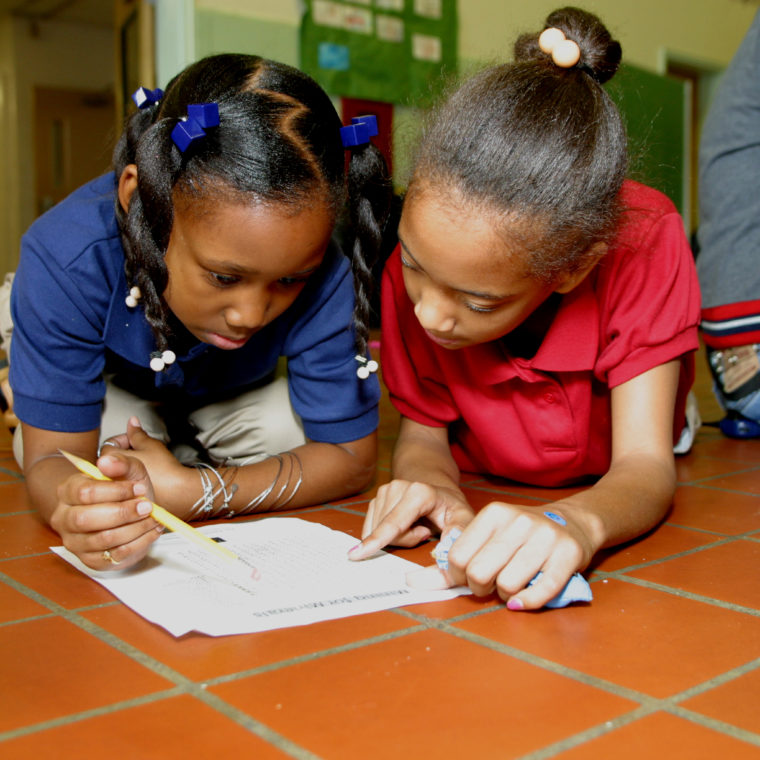 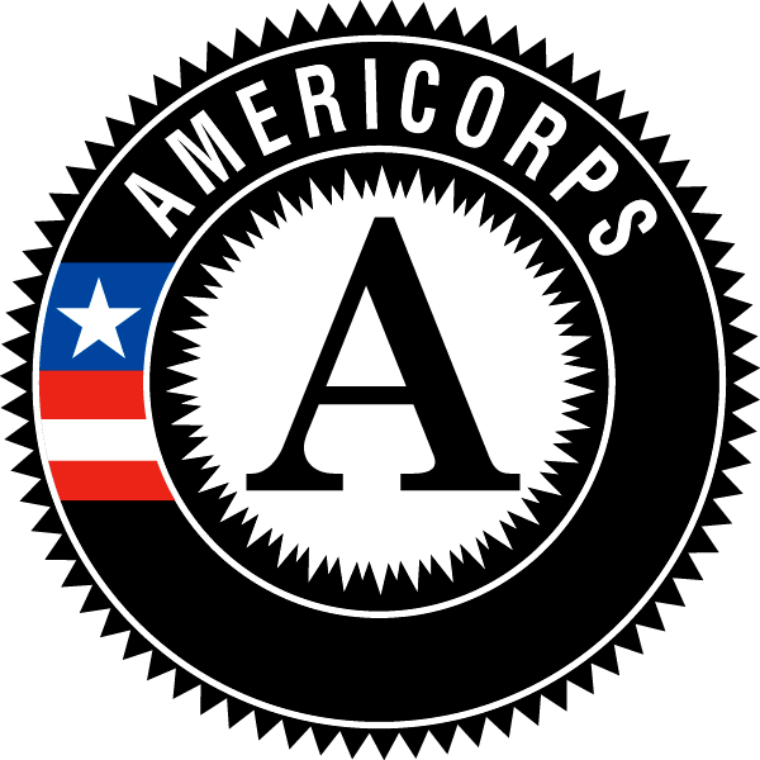 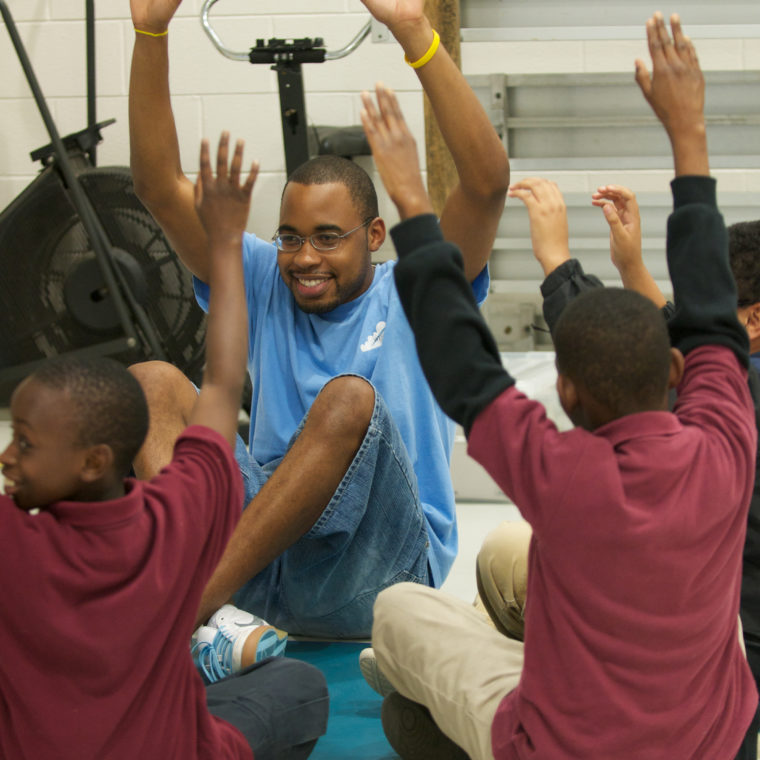 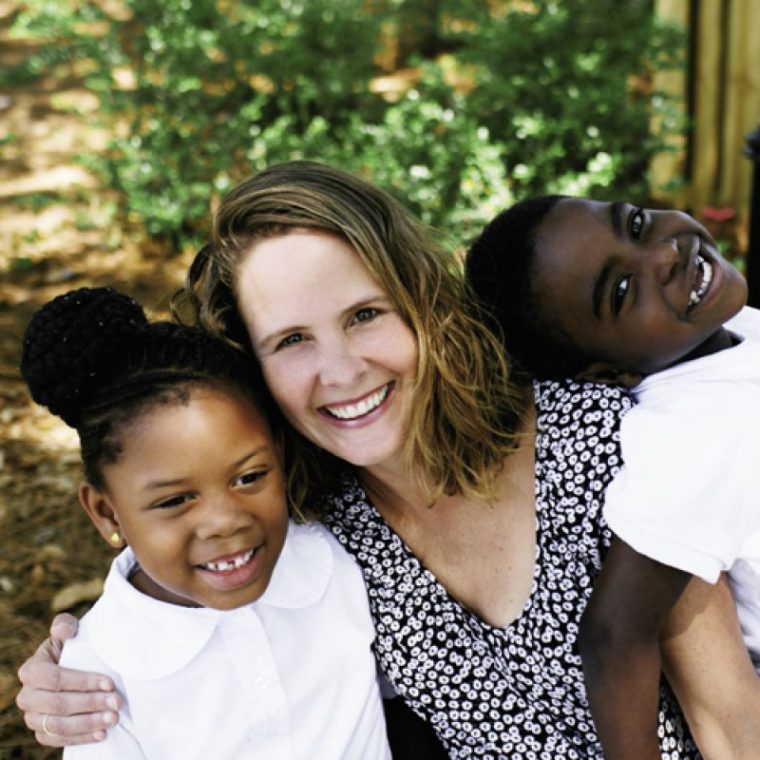 Jan 1, 2011 | WINGS Founder Takes Flight, Bridget Laird Named New CEO: For 14 years, Ginny's leadership shaped WINGS into a high-performing, outcomes oriented, FUN education program that delivers true impact in the lives of kids. It's important for nonprofits to prove they can stand alone, without their founder and that's just what happened. 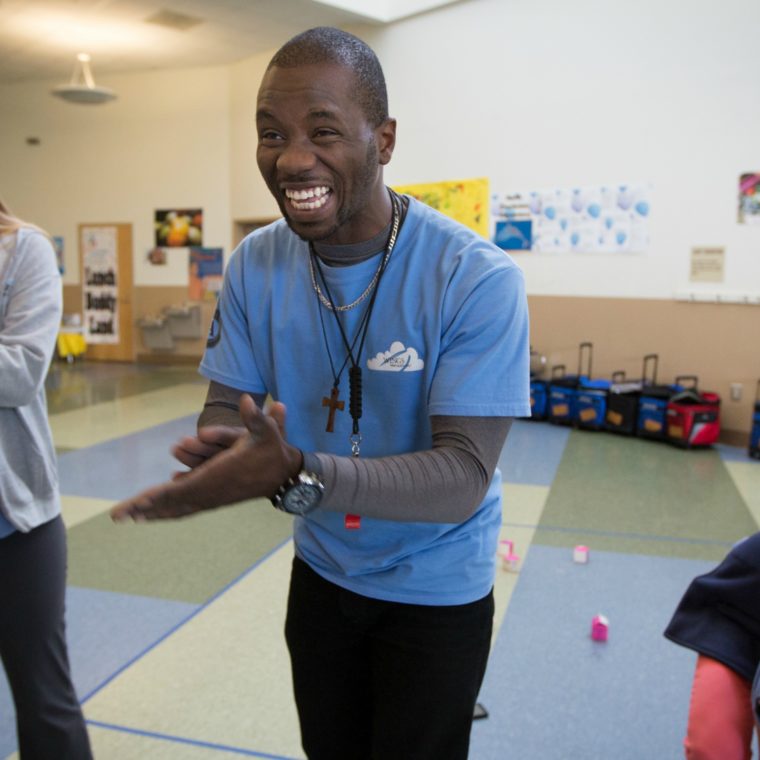 Mar 30, 2011 | WINGS Becomes the Subject of a 4-Year, $2.8 Million Grant: The University of Virginia receives a $2.8 million grant from U.S. Department of Education's Institute of Education Sciences to perform 4-year impact study on WINGS. The gold standard of evaluation! 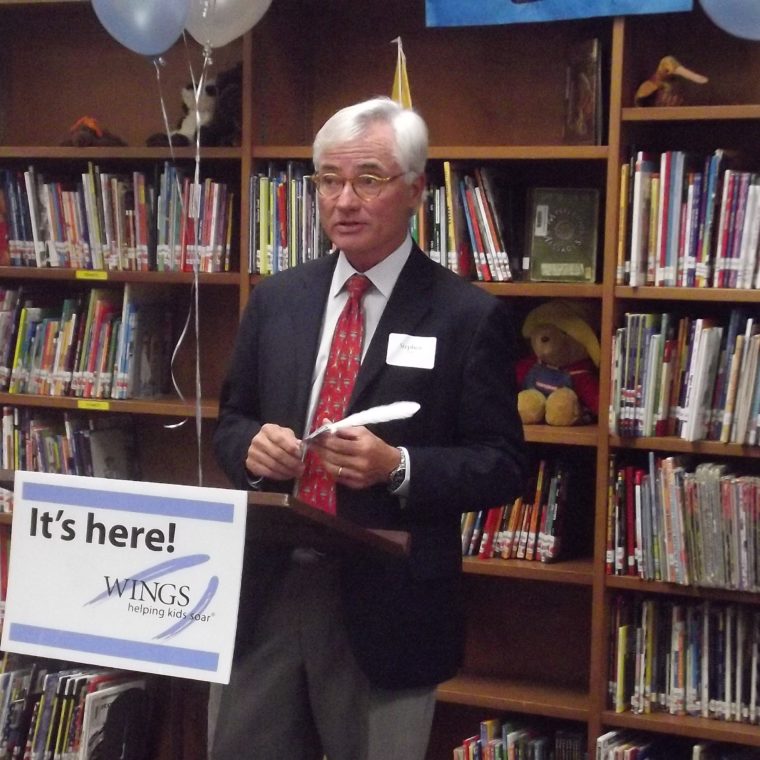 Sep 1, 2011 | WINGS Receives $1 Million Donation to Replicate the Program in a New Region. 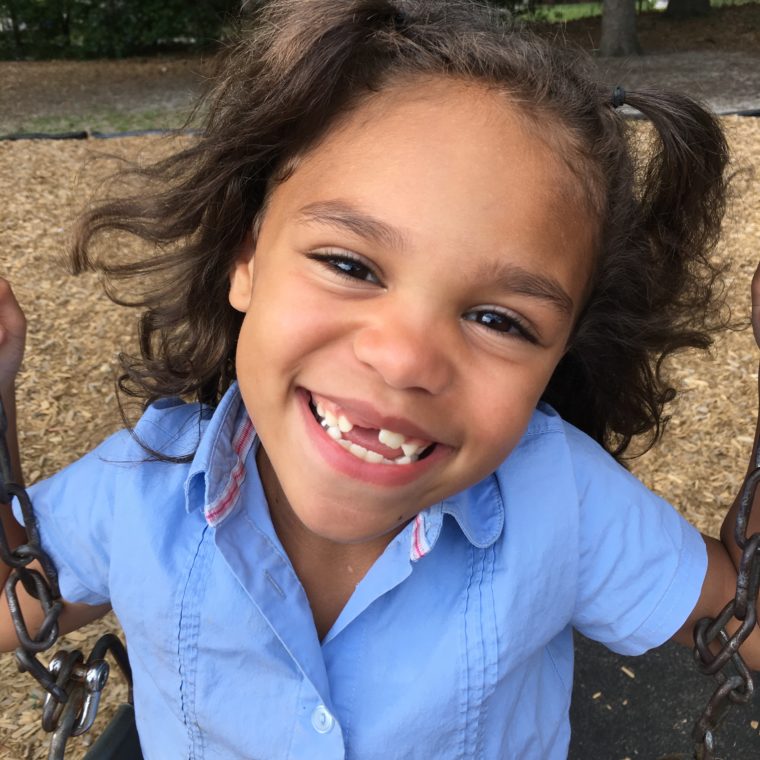 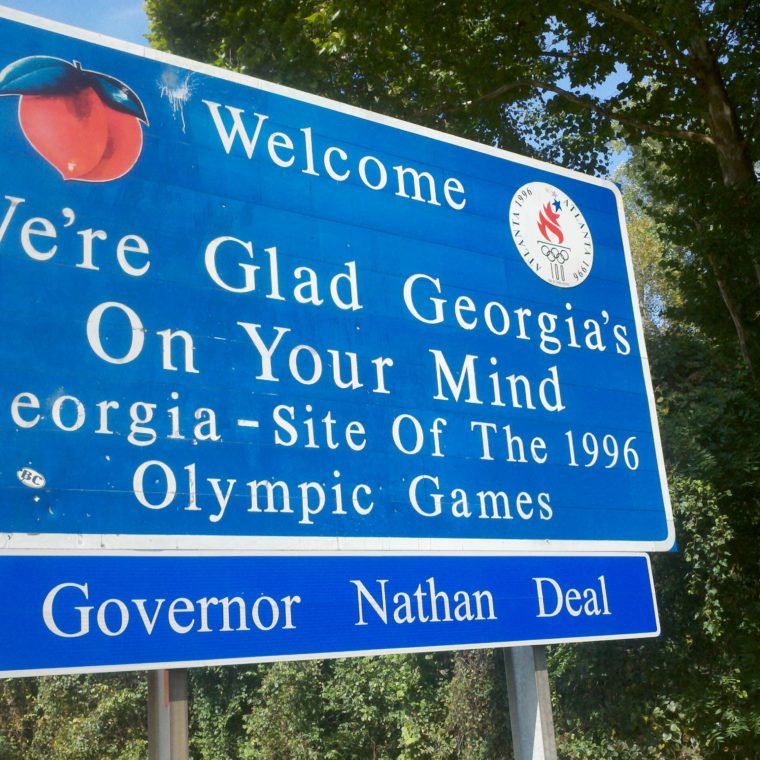 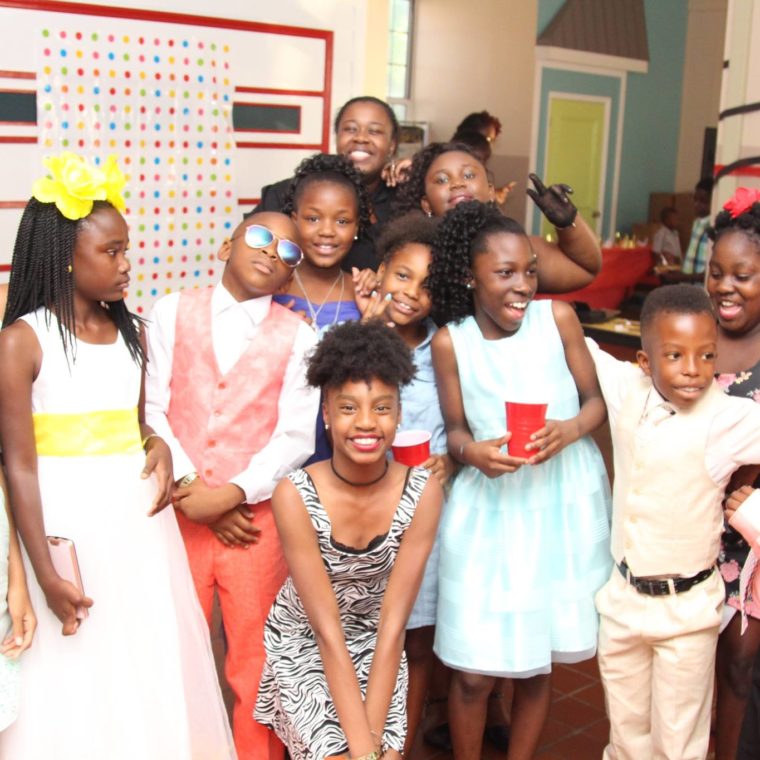 July 18, 2013 | $2.5 Million Grant from the Edna McConnell Clark Foundation: WINGS slated to use the grant from EMCF to expand to 16 schools in four communities during the next three years. 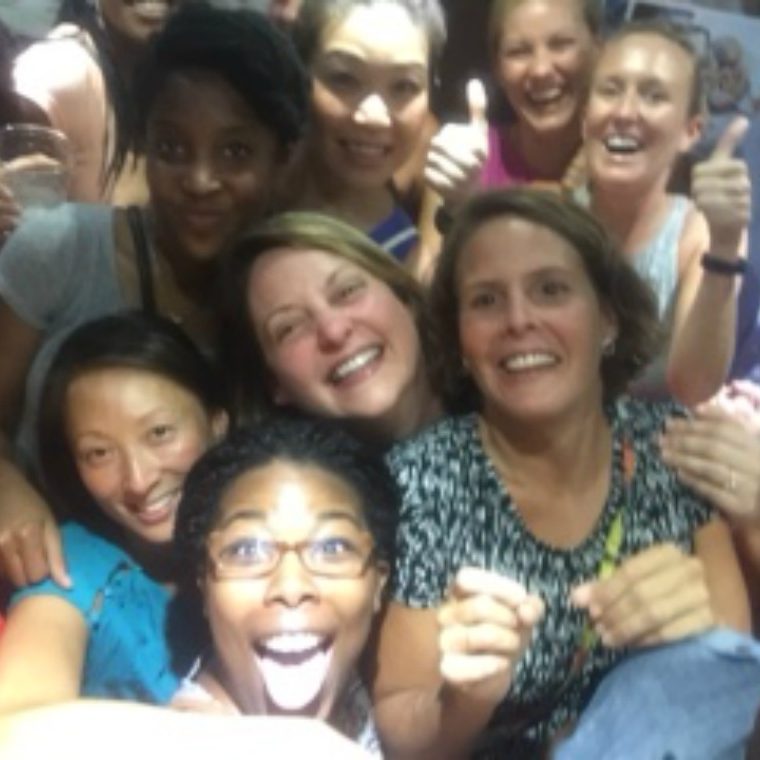 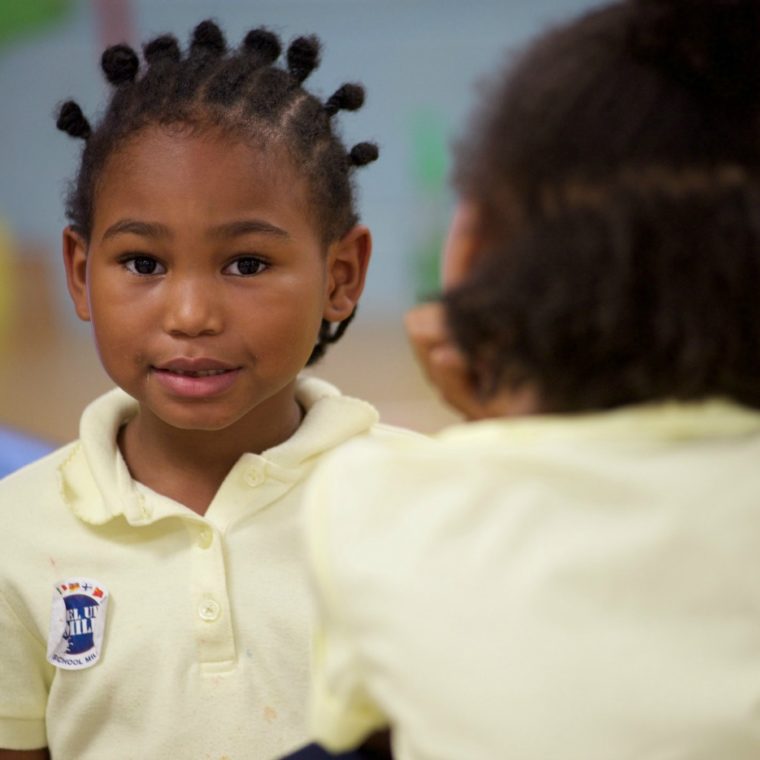 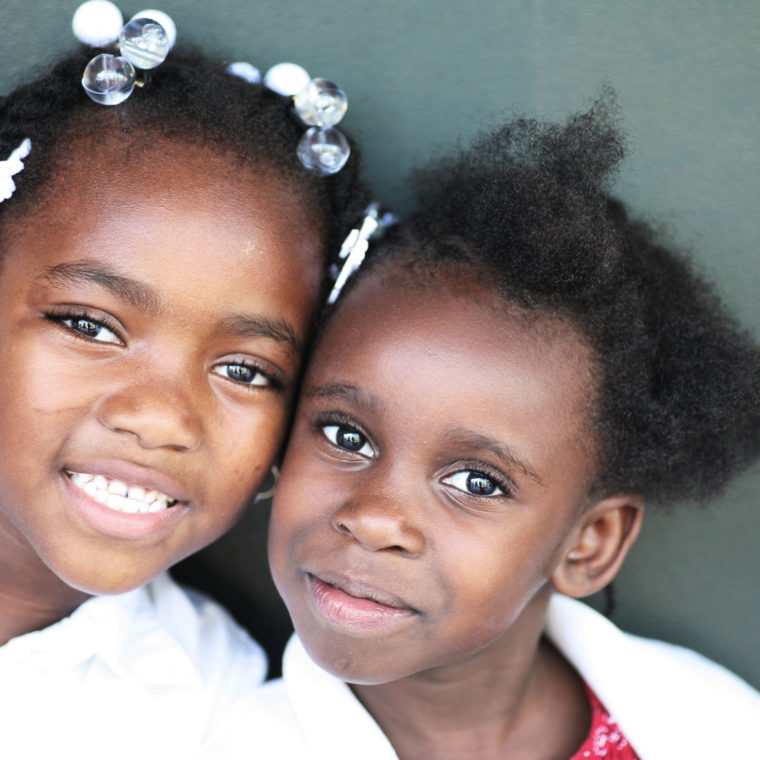 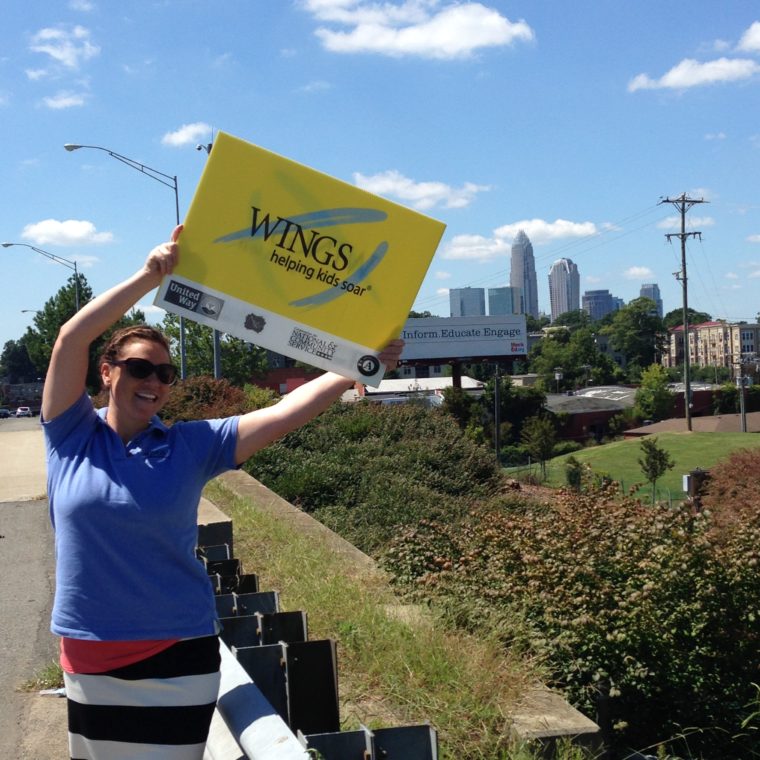 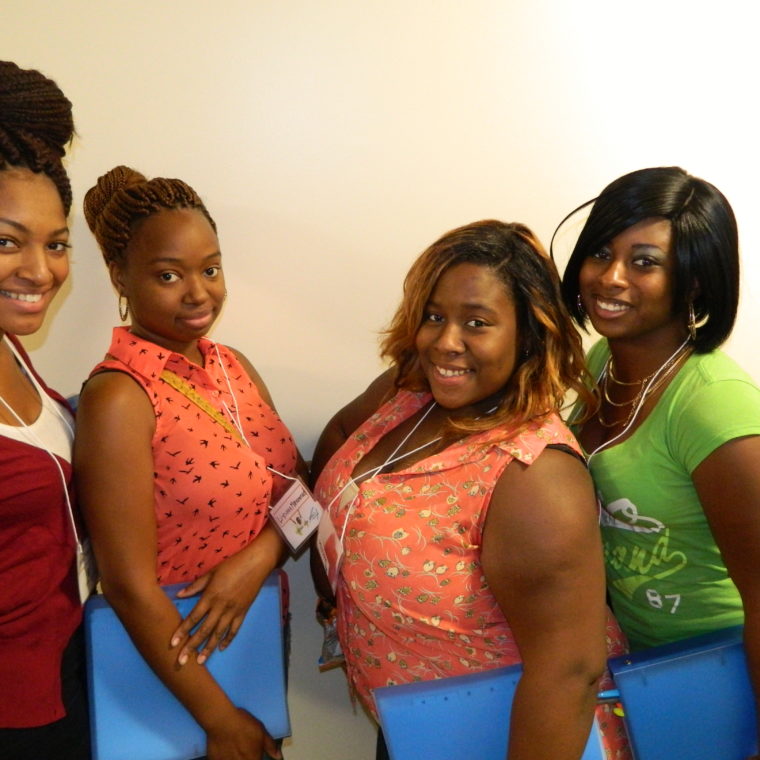 Aug 1, 2015 | Full Circle Moment: Janaan, Liynaa, April, and Eboni were WINGS kids at our Memminger program. In 2015, they returned to WINGS as WINGS Leaders! 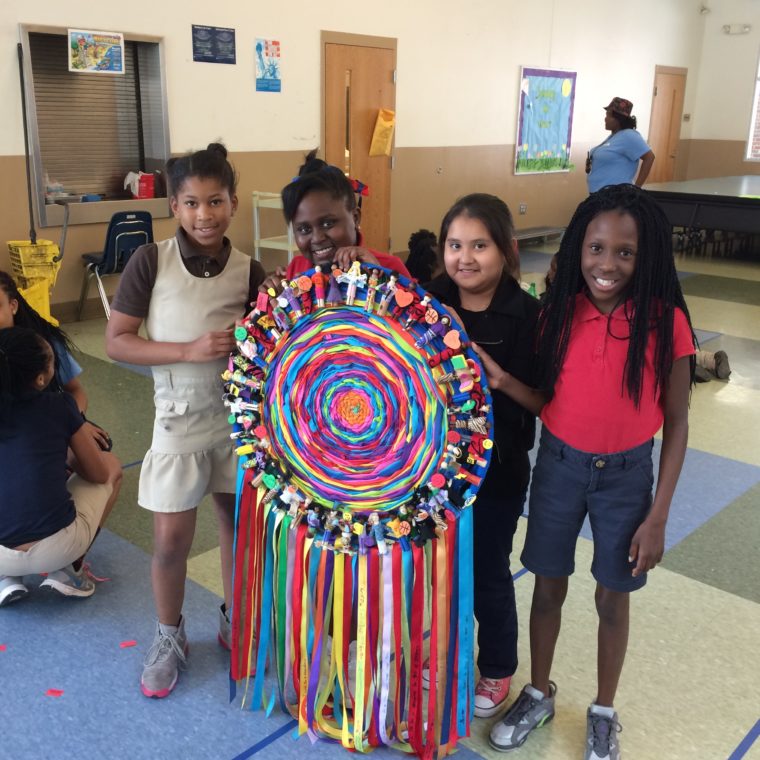 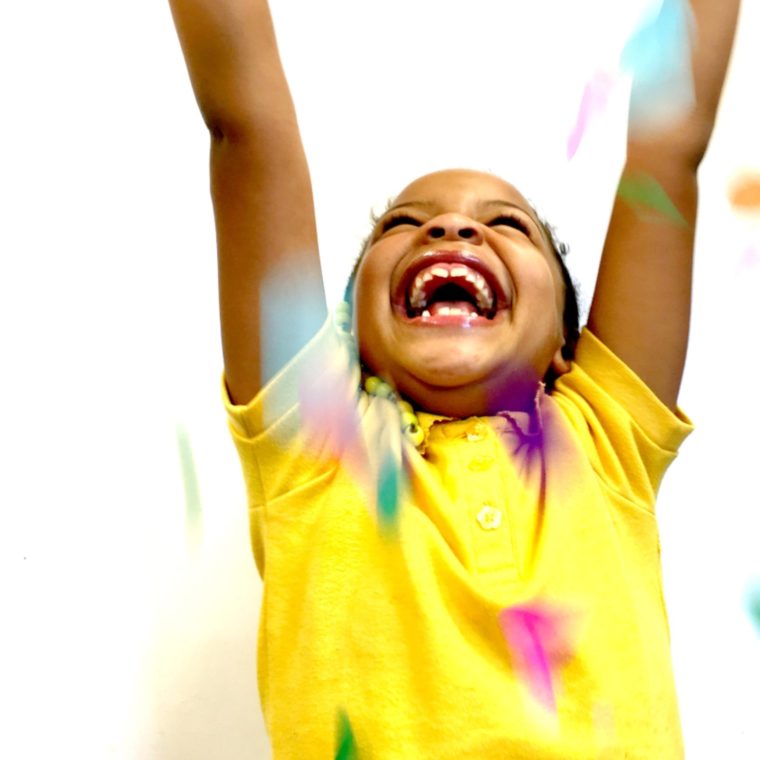 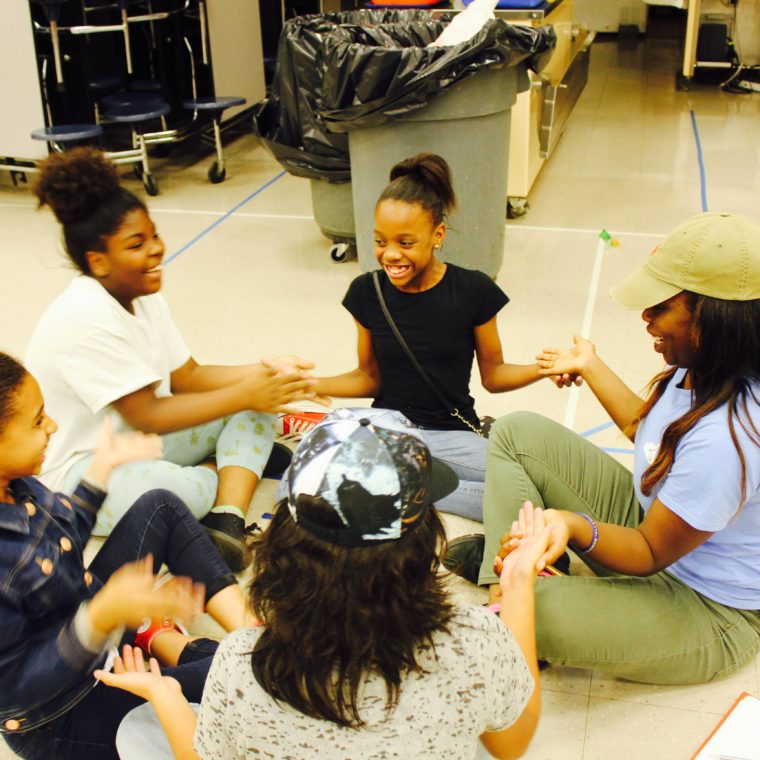 May 1, 2016 | 5 Year Strategic Growth Plan Formulated: WINGS and Parthenon generated a growth plan that focuses on multiple ways for WINGS to deliver SEL beyond owning and operating direct service programs. 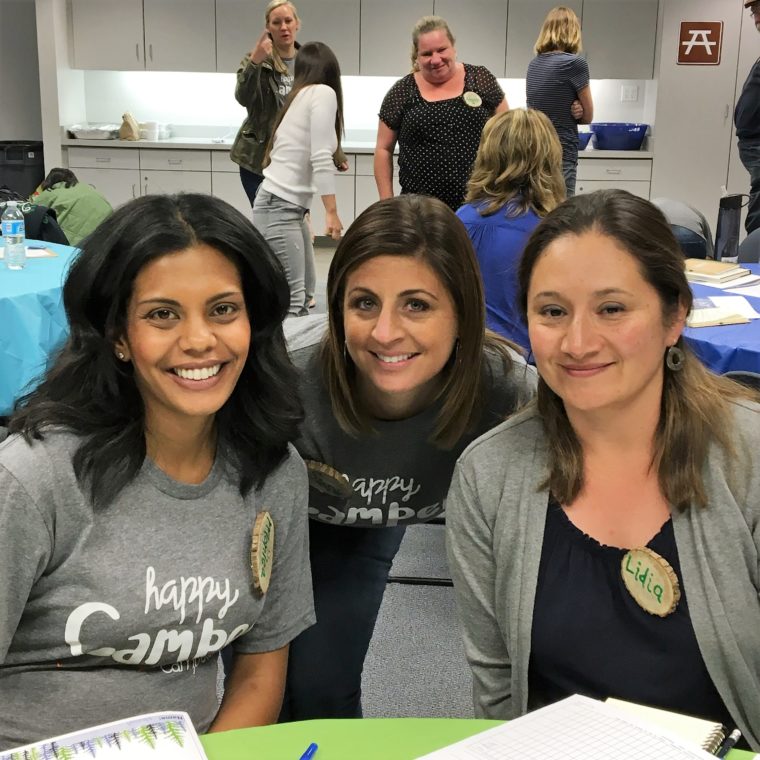 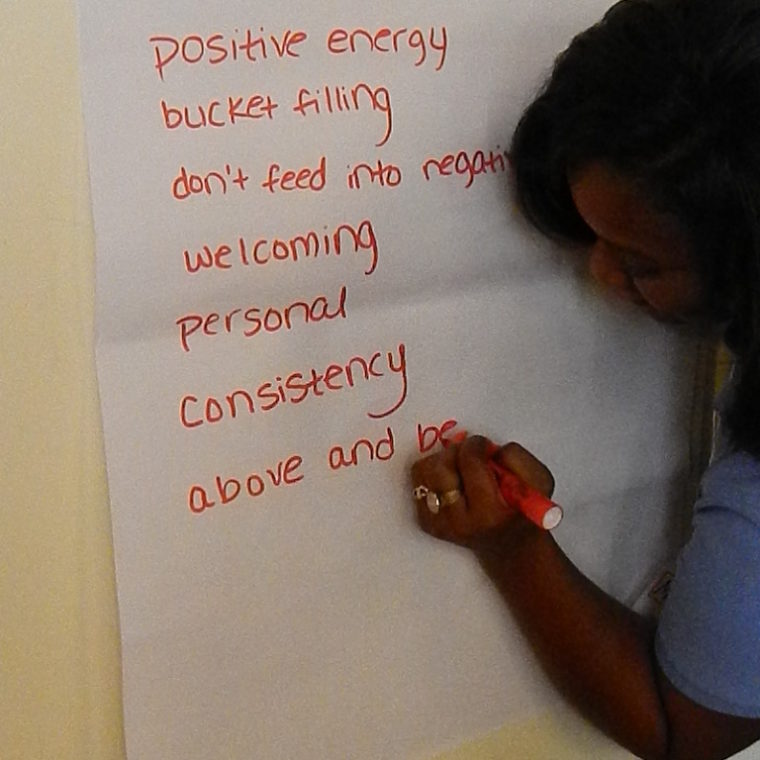 Aug 1, 2016 | WINGS Revamps Trainings for WINGS Leaders: Program staff learned, through the randomized control trial that SEL begins with adults. When adults are supportive, engaging, and teaching then kids can soar. 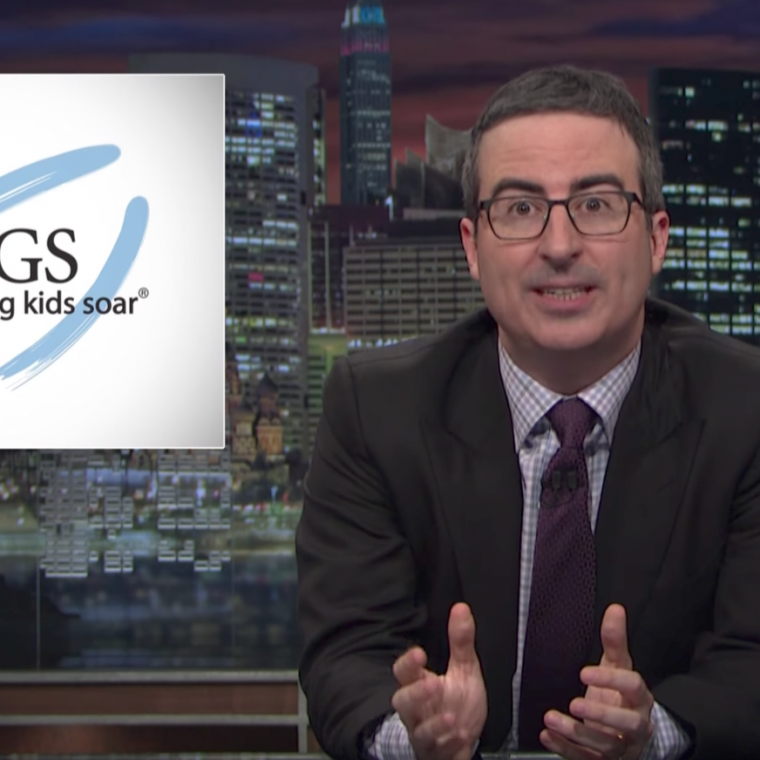 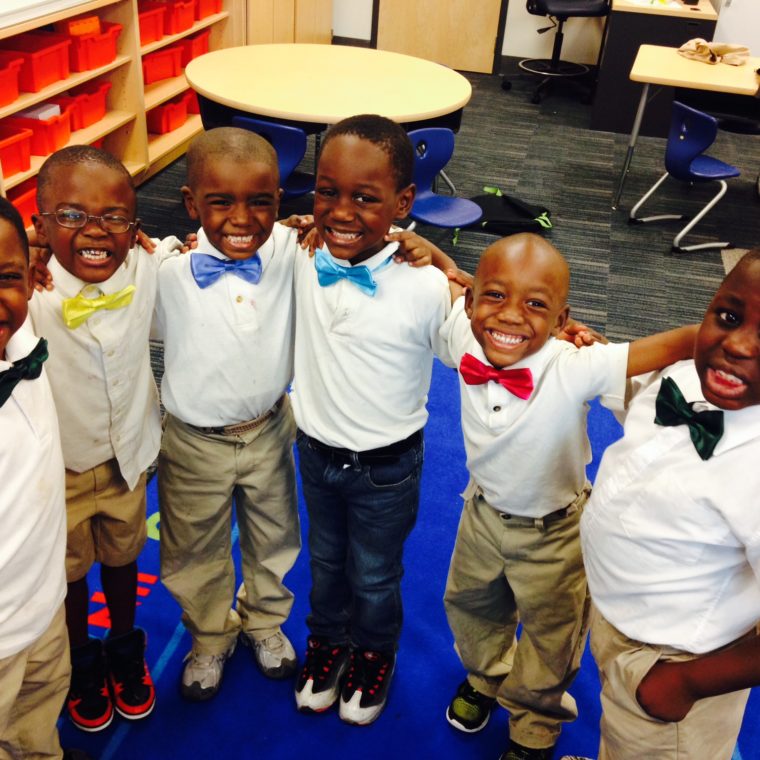 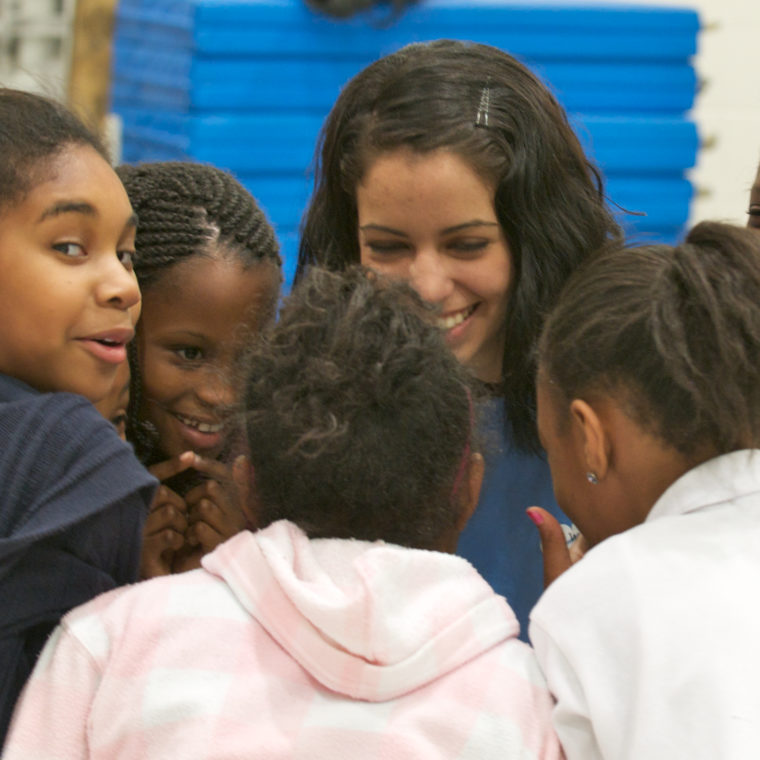 Aug 1, 2017 | Partnership with Pomona Goes District-Wide: WINGS piloted SEL at four sites in 2016. Our partnership with PUSD has grown to 17 sites and more than 1,000 students. "WINGS makes me feel good about people and myself."

See Our Afterschool Program in Action

How WINGS Got Its Name

How WINGS Got Its Name

Through a series of small but meaningful events, WINGS was born in order to help kids live joyfully, powerfully, and responsibly.